These types of collectors come in various technologies that are designed around low, medium or high heat solar collectors. The low heat types are generally used to heat swimming pools or space heating. The medium heat types are generally used for commercial or residential applications to heat hot water or space heating. It is commonly called solar domestic hot water (DHW). The high heat types are generally used to generate steam to run generators for electric generation and use concentrators, usually mirrors or lenses to reach very high temperatures. The common theme between all these technologies, is that it heats water to various stages of temperature depending on the requirement. The end result may be used for actual hot water use, generating electric power, space heating or process heat. There are both passive and active systems depending on the requirement.

Solar thermal collectors are divided into the categories of low-, medium-, and high-temperature collectors:

High-temperature collectors shipped primarily for utility-scale concentrating solar power (CSP), totaled 388 thousand square feet, and represented more than 2 percent of total shipments in 2008. The outlook for substantial growth in high-temperature collectors is favorable. With increasing pressure to adhere to their stated renewable energy portfolio targets, U.S. utilities are looking to CSP as a way to generate renewable power on a large-scale. The California Energy Commission (CEC) is currently reviewing a number of CSP proposals that have been publicly announced or for which official declarations of intent have been made. And CEC is expecting more in the near future.

Advanced manufacturing technologies and plant production economies of scale have led to significant cost reductions in recent years for all the above solar thermal technologies. 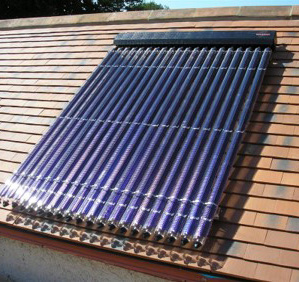 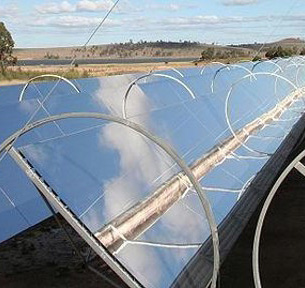