Photovoltaics (PV) are a type of technology where light is converted into electricity. Today’s PV modules operate silently without emissions and have a proven track record of long-term use with minimal maintenance.

There are two commercially available types of silicone-based solar cells:

It is important to note that each manufacturer has a slightly different approach to producing these basic technologies and thus variable efficiencies and target markets.

There are several types of solar panel systems, configurations and components that you will hear about when investigating a solar PV system. 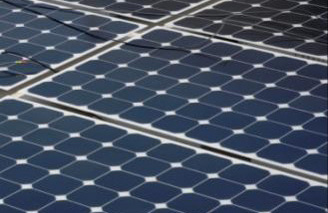 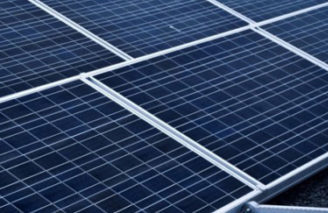 Crystalline silicon, a material used by the semiconductor industry, is the material used in over 90% of all PV today. Generally it provides 12% to 21% cell efficiency, generates 13 to 17 watts per SF and has extremely low degradation. As one of the original PV technologies, it has a history of over 40 years of successful installations.

For both the poly and mono-crystalline panels, the base material utilized is silicon. The silicon is blended with boron, melted down and used to grow crystalline ingots. The ingots are sliced into thin wafers and impregnated on one side with phosphorous. Some manufacturers will screen printed the wafers with a grid of silver paste or they may be etched and scribed with a laser and a copper grid is buried in the wafer. The wafer with grids are called “cells”. When multiple cells are sandwiched between a top layer of glass and a weather proof back layer it is called a laminate. When the laminate is framed it is called a module or panel.

Thin film is relatively new to the commercial market, but it is a developing technology that looks promising. These thin film panels have the potential to produce power significantly cheaper than today’s standard silicon technology. An advantage of thin film is its lower weight and ability to be more readily integrated or mounted to various structural components.

They generally provide 5% to 8% cell efficiency and generate 5 to 7 watts per SF. The amorphous panels are manufactured by depositing a silicon rich gas (silene) on a substrate which is then etched and scribed into cells and modules.

PV modules generate direct current (DC) electricity. The current is fed through an inverter to produce alternating current (AC) that can be used to provide energy to your building.